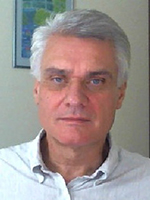 GovUnet Academic Coordinator
Prof. Panagiotis Grigoriou
Professor / Dean
Faculty of Social Sciences
University of the Aegean
email: p.grigoriou[at]soc.aegean.gr
Brief CV
Panagiotis Grigoriou is born in Thessaloniki, in Greece. He studied at the Faculty of Law of the National University of Athens (Bachelor’s degree) and at the University of Strasbourg (Master’s and PhD level). He was advisor at the Hellenic Ministry of Foreign Affairs (European Affairs, 1991-2001) and at the UNCHR (Legal Service, 1992-1993). He was research officer at the Hellenic Foundation of Mediterranean Studies and at the Council of Europe. He is full Professor in International and European Institutions at the University of the Aegean (since 2001, member of the academic staff of this University). Holder of European Chair Jean Monnet (2002-2009) and European Chair Jean Monnet ad personam (2010-2013). Director of the Master’s Programme « European Integration and European Societies» during the period 2008-2011. Since 2013, coordinator for the European Module Jean Monnet European Citizenship and Fundamental Rights.
Founder and coordinator of the International Summer School on European Governance, organised in Lesbos Island (Greece) since 2013. Since 2013, President of the Board of Directors of the ECSA-Greece and since 2014 Dean of Faculty of Social Sciences at the University of the Aegean. During the period 2008-2013, member of the EMUNI’s (Euromediterranean University) Senate.
During the period 2010-2013, evaluator for the programme Erasmus Mundus. Member of the academic council and staff of the School of National Security (since 2006, Hellenic Police Academy).
He wrote a lot of books and articles on international law, European law and policies in different languages (Greek, French, English, Romanian, Chinese). He founded the Observatory for Migration Issues at the University of the Aegean (2015).
download full CV 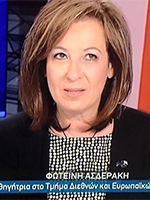 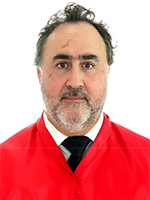 GovUnet academic partner
Prof. Alejandro Del Valle Galvez
Professor (Catedratico)
University of Cadiz
email: alejandro.delvalle[at]uca.es
Brief CV
Dr Alejandro del Valle-Gálvez is Catedrático (Full Professor) of Public International Law in the University of Cadiz since 2001. He received his PhD in International Law from the University of Granada (1988), and was Associate Professor in this University. Currently he is holder of the Jean Monnet Chair of «Borders and Immigration», European Union Law.
He is the Director of a Research Group with 4 Research Projects (I+D+i) 2005-2018 of the Ministry of Education in Spain, about International and European legal questions in the Strait of Gibraltar Region (Sovereignty, Cooperation, Borders and Territorial Claims and Disputes). Principal Researcher of 3 International Cooperation Projects with Morocco, Ministry of Foreign Affairs.
As EU experience, Dr del Valle-Gálvez has been Legal Adviser (Référendaire) at the European Court of Justice, Luxembourg 1991-1995, and was appointed as Chef du Cabinet du Président of the European Court of Justice, Luxembourg, 1996-1998.
In the Cadiz University he has been Vice-Rector for International Relations and Cooperation (2007- 2010), and Dean of the Law Faculty (2002-2004).
From 2004 to 2013 he was Editor-in- Chief (Director ejecutivo) of the Revista de Derecho Comunitario Europeo, Madrid (JCR, indexed among others in the SSCI). He is co-Director of the Electronic Journal Paix et Sécurité Internationales - Revue Maroco-Espagnole de Droit international et Relations internationales
Currently Alejandro del Valle-Gálvez is Visiting Research Fellow at the Asser Institute for International and European Law, The Hague. He develops a Research about the Refugee crisis and the European external relations with the southern Mediterranean countries. Other fields of Research and Publications: Free Movement of Persons, Immigration ad Visa Policy in the EU; Area of Freedom, Security and Justice of the EU; Economic and Social Cohesion and European Regional Policy; European Court of Justice; International and European Borders; The Dispute over Gibraltar and International Cooperation in the Region of the Strait of Gibraltar; Spain/Morocco Relations and Euromediterranean Relations.
download full CV

GovUnet academic partner
Prof. Raphaela Averkorn
Professor
Chair of Medieval and Modern History (Lehrstuhl für Mittlere und Neuere Geschichte), Jean Monnet Chair ad personam
University of Siegen
email: averkorn[at]geschichte.uni-siegen.de
Brief CV
Prof. Dr. Raphaela Averkorn is Chair of Medieval and Modern History at the University of Siegen, Germany, and Jean Monnet Chair “ad personam” in European Integration History. She is also the director of two international, interdisciplinary Master Programmes „Roads to Democracy(ies)“ and “International Cultural Studies”. She is the Erasmus Coordinator of the History Department (36 partners) and member of the teacher training centre at the University of Siegen. She is former Vice Dean for Study Affairs, Finances and International Relations. She was a long-time member of the Academic Senate and of the standing Commission for Teaching and Study. She is member of the standing Commission of Internationalisation and Partnership of the University of Siegen. She has been appointed Permanent Honorary Visiting Professor at the School of Political Theory Zhejiang University. Previously she worked during 14 years as Assistant Professor and then as Associate Professor at the University of Hannover.
download full CV 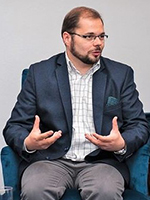 GovUnet academic partner
Dr. Sergiu Miscoiu
Assoc. Professor
Director of the International Relations Department at the Faculty of European Studies / Associate Habilitated Professor
Babes-Bolyai University
email: miscoiu[at]yahoo.com
Brief CV
Sergiu Miscoiu is Associate Professor of Political Science at the Faculty of European Studies, Babes-Bolyai University in Cluj-Napoca (Romania) where he chairs the Centre for International Cooperation. He holds one PhD in Political Science (University of Paris-East Marne-la-Vallée),another PhD in History (Babes-Bolyai University), and a habilitation in Political Science (University of Paris-East). His main research interests are the constructivist and the alternative theories applied to the nation building processes, to populism and to the political dynamics of the European and African public spaces.
download CV 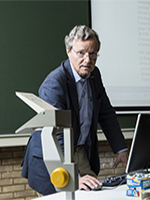 GovUnet academic partner
Prof. Pierre Vercauteren
Professor
Institut de Sciences Politiques Louvain Europe
University Catholique of Louvain
email: pierre.vercauteren[at]uclouvain-mons.be
Brief CV
Professor Pierre Vercauteren in professor at the Catholic University of Louvain in Belgium. He is teaching International Politics, Theory of the State and Globalization and Global Governance. From 2013 to 2016, he was vice-dean of the Faculty of Economic, Social, Political and Communication Sciences. He is also guest professor at the Institute of European Studies of the Free University of Brussels (since 1999) where he teaches The EU, Global Governance and World Order, guest professor at the Faculté d’ Administration et des Echanges Internationaux of the University of Paris East where he teaches Global Governance and issues of Contemporary World, and visiting professor at the Federal University of Minas Gerais, Belo Horizonte, Brazil, teaching: Global Governance. Since 2013, he is participating in the international Summer School on European Governance at the University of the Aegean, Greece. He is also partner (since 2016) of the Jean Monnet Network on Governance, Pluralism and Trans-Nationalisation in Europe.
He is secretary general of the international research network REGIMEN (Réseau d’Etude sur la Globalisation et la Gouvernance Internationale et les Mutations de l’ Etat et des Nations). His research is more recently focused on the issue de the State power in a context of interdependence through the issues of participation and sense of belonging. He is director of the scientific collection Science Politique of the Belgian Political Science Association. Among his recent publications are: The Exhaustion of the Normative Capacity of Governance in Studia Europea, 2016; Emerging Powers: what power? in Studia Diplomatica, 2015; Which State for Which Sovereignty in Carta International, 2015.
download full CV 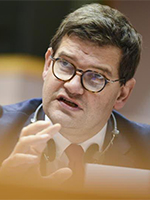 GovUnet academic partner
Prof. Philippe Poirier
Professor
Chair Holder in Legislative Studies
University of Luxembourg
email: philippe.poirier[at]uni.lu
Brief CV
Philippe Poirier is Professor in Political Science at the University of Luxembourg. He holds a Chair in Legislative Studies from the Luxembourg Parliament (http://chaireparlementaire.eu) and is heading the European governance research program (http://europa.uni.lu) at the University of Luxembourg. Since 2005, his research projects have been financing by the European Commission, the European Parliament, the European Science Foundation, the Council of Europe, the Luxembourg National Research Agency and the National Parliament for an amount of € 4.8 million. Since 2006, he has been appointed permanent honorary visiting professor at the University of Paris Sorbonne (Celsa) and Collège des Bernadins. He is Scientific Advisor for the Council of Europe Group of States against Corruption and for the European Parliament Committee on Constitutional Affairs. He's Executive Director of Etudes Parlementaires Series, Publishers Larcier. In 2016, he was nominated as member of European Science Foundation, College of Expert Reviewers, in Social Sciences (Government and governance studies, legislative studies, democratic studies, comparative and European politics) and Member of the Scientific Council of European Institute (http://www.cife.eu/).
download full CV 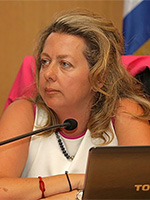 GovUnet academic partner
Dr. Maria Daniella Marouda
Ass.Professor
International European and Regional Studies
Panteion University
email: danmarouda[at]hotmail.com
Brief CV
M.D. Marouda is an Assistant Professor at IAES of Panteion University. She is also the head of EKEKDAAD on humanitarian law /action. She teaches European Institutions and Human Rights, European policies on migration, and disaster preparedness. She is also a European Master on Human Rights and Democratisation Director and Member of the Board for Panteion University at the EIUC (Venice, Italy); of REACT Course of Helsinki ESPANA; and of the Political Sciences and Public Administration Faculty in Nicosia, Cyprus. She is consultant on humanitarian action and principles at the Hellenic Red Cross (1999-), Member of the Comité pour le Concours Jean Pictet, Trainer of Red Cross Staff and Volunteers (Greece, Cyprus), and Msf, MdM at Police National Security School, National Defense School, NATO Peace Operations Unit. She has more than 15 years of experience in humanitarian fieldwork, through OSCE, UNHCR and then International Committee of the Red Cross, in armed
download full CV
SITE MAP